Click here to view our visitor guide for the Abramson Center. 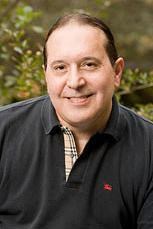 Dr. Lou Burgio, PhD is currently a Harold R. Johnson Professor of Social Work and research professor, Institute of Gerontology, at the University of Michigan. He was most recently distinguished as a university research professor of clinical psychology at the University of Alabama at Tuscaloosa. He has done extensive research in applied gerontology, focusing on developing interventions for the behavioral complications of dementia in nursing homes and working with dementia caregivers in the community to ease the stress and burden of caregiving.   ​

He has authored over 150 articles that have appeared in such journals as The Gerontologist, Journals of Gerontology, and the Journal of the American Geriatrics Society. He has served on 10 journal editorial boards and on ad hoc grant review panels for NINR, NIMH, and the Alzheimer's Association. Dr. Burgio has received grant funding from NIA, NINR, CDC, the Alzheimer's Association, and the Retirement Research Foundation and completed a term on the National Advisory Council for Nursing Research at NIH (2002-2006). Dr. Burgio has received continuous funding from NIH since 1990.